You read that right. I said do NOT teach your kids how to share. This Montessori component is not as well-known as others, but let me explain why it works.

Younger kids, ages three and below, have no immediate reason to learn how to share. They are in a very sensitive period of life in which they are trying to fully comprehend the definition of “mine.” At this age, children are beginning to appreciate the fact that “this is MY bottle,” “this is MY toy,” “this is MY bed.” Of course, you would never ask your infant or toddler to share things like rattles or beds with their older siblings. But your little one does not understand that his older siblings actually have no interest in his rattle. Therefore, he never realizes that he doesn’t have to share this particular item. He just knows that it’s HIS.

We all need a sense of ownership. So it’s a great thing when children finally begin to learn the meaning of “mine.” However, this is usually around the same time parents try to teach their little ones how to share. Very young children have no idea what that word means. The only thing they know for a fact is “this is mine, and you just let that kid touch it. She’s in MY personal space.”

So We Let Them Be Selfish?

Absolutely not! Instead of teaching our youngest ones to share, we need to teach them an alternative that they can better comprehend at such a critical age. What would that be exactly? Waiting.

That’s right. Sense very young children who are new to understanding the idea of ownership are accustomed to playing with their things alone, the idea of waiting their turn to play with something comes MUCH sooner and easier. While a child may want to play with something already in use by another child, he doesn’t necessarily want to play with the other child. Only his toy. And that’s ok! That’s the natural progression of learning social interaction and that is what we should focus on.

Around the age of three (earlier or later depending on the child) you can shift your focus to sharing. It should be after your child is consistently successful with waiting his turn. At that point, learning to share is the next logical step. Keep in mind that sharing entails several thought processes that work congruently. This is another reason it is not one of the first steps to learning proper social interaction.

While that is a lot going on in the mind at once, children ages three and up are equipped to handle sharing perfectly.

Image by StockSnap from Pixabay

For some ideas on creating opportunities and games that involve waiting, read this really fun article.

For more tips on teaching kids how to behave, read my post about kids and responsibility.

The Best Trick to Teach Your Kids How to Write Their Names. 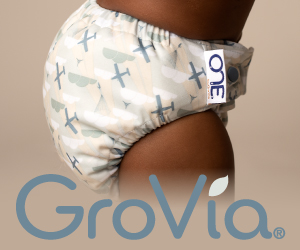 In the creek ✨ - Kids need to play outside. Sho